Most of the time you hear about people in law school and it takes the soul out of them. The idea seems too good to be true. Fortunately, in our modern life, there are so many opportunities available become what we want to.

Can you become a without getting a degree? There are other ways to become a that don’t include going to law school for three years. In the United States, very few states offer this. Only four to be exact:

Where Can You Become a Without Going to Law School?

In the modern world, so many things of the past are being challenged and it is interesting to watch it happen. This trend also applies to law school.

Only four states currently offer the bar exam to people who are aspiring lawyers without going to law school:

According to the National Conference of Bar Examiners, California actually has the most difficult bar exam out of all 50 states.

It is interesting to me that the most difficult state to pass the bar in is one of the very few states that allow you to become a without schooling. Just some food for thought.

In California, the option to forgo law school is called the “Law Office Study Program.” For those who think that this is a cheap way of getting out of a hard and difficult schooling process, this is what you have to do in order to become a :

In late July this year, many students will tak the Bar Exam and many will fail. That’s just the nature of it. It’s a tough exam and it should be. Law is a tough subject.

Although at what point during the countless hours studying and crying over this test does one consider the thought that is this really worth the pain or the money? Or factor in the other hours fetching coffee for lawyers who already passed the bar. What does that get you?

This is something to talk about. It’s not brought up because we treat any other way of obtaining a law degree as bad or taboo. How about the idea of apprenticeship? What kind of fear or disdain does that idea strike into your heart?

The idea of apprenticeship seems new and fighting against the norm. What if I told this idea is older than that which is the standard? People like Abraham Lincoln and John Adams both did an apprenticeship. They did not go to law school and both were Presidents of the United States. Think about that.

In fact, the Juris (JD) degree, which all students who pass the bar exam get, is a relatively new concept. Let me share a little light on this subject.

In the colonial days of the United States, most of the legal professionals and officers were in one way or another from England. All these lawyers from England were trained through an apprenticeship program called the Inns of Court.

As you might have guessed, the person had to find someone who was a and then study under them as an apprentice. This concept is older than the bar exam, crazy right?

In New York around the 1730s, there was an apprentice system that required a seven-year clerkship along with a state-issued bar examination before beginning to practice law. This clerkship program was nothing to sneeze at either.

They were so busy that they had almost no time to even study law. They had to hand write many. It was difficult to find texts on law, so many of the mentors would assign them some, which was not a good idea because often it was biased or varied from that of other lawyers. There were no standard-issue textbooks.

This is where the problems began to roll in. It was a good idea to start out with. It was supposed to be that the mentors would meticulously pick out certain texts for their pupils to read and study from. Then the mentor would teach and answer questions.

The mentor would carefully make sure that what was being taught was also being absorbed. The mentor was absolutely key to this whole process and it did not end up being that way, unfortunately.

Early in the 1800s, the colleges around the United States began to offer law degrees. I am absolutely sure that this is because of the failure of the mentorship in states like New York.

At the time these schools did not do much to prepare the students for the final and daunting task of the bar exam. Because of this, many other stuck to the apprenticeship, the ones with good mentors anyways.

Many famous people like Abraham Lincoln and John Adams both did an apprenticeship instead of the alternative like I mentioned earlier.

The norm was independent study and being a student to a mentor, but this all changed in the 1870s.

The American Bar Association (ABA) come into action in 1878 when a group of 100 lawyers from almost half of the states created it. They believed that self-taught of law was wrong. They had an issue with it. They wanted a uniform code of ethics.

I would say that this movement was subtle because it took a little while to get going across the entire US, but it really was not subtle. Those involved really put forth the effort to make this thing into what it is today.

They lobbied intensely and eventually convinced every single state in the country that the only way that people should become lawyers is through law school.

And that, my friends, is how the American Bar Associate became to be.

The Washburn Law Journal has a lot to say on this topic and the history of it. I would suggest looking into that for more information.

How did Law Degrees Come to Be? 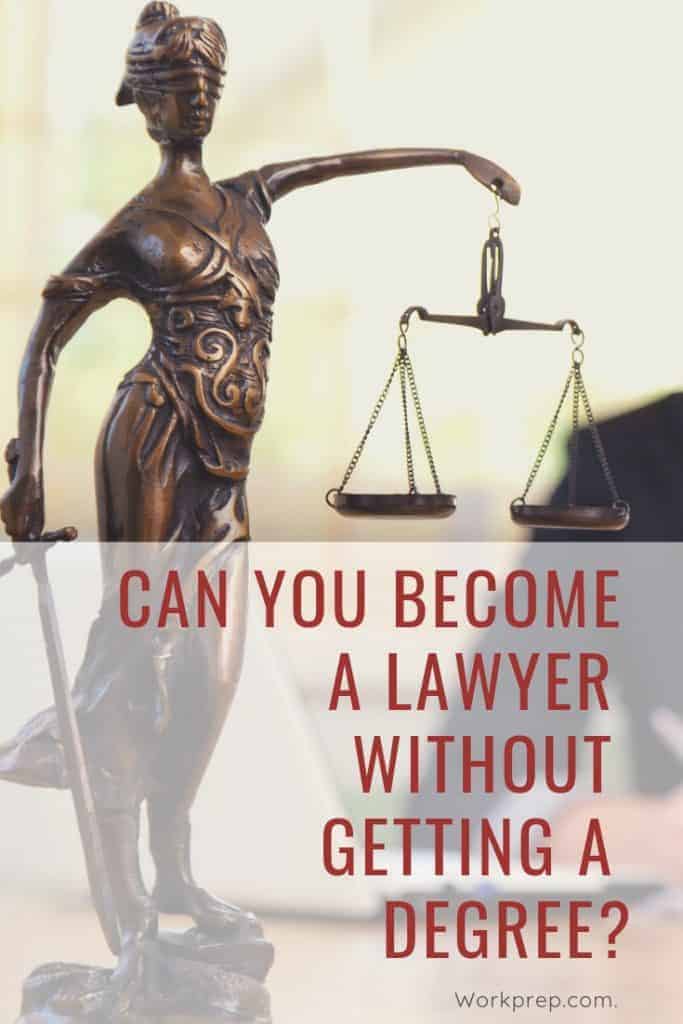 This was written by a professional with input from a licensed attorney.

link to Do Electricians Work on Weekends?

Electricians play a very important role in how our modern world functions. It is the responsibility of an electrician to plan, install, and repair electrical systems to provide light, heat, and power...

Continue Reading
link to Can you Work Your First Year of College?

I know you, you responsible and savvy college freshman, wondering If you can work your first year of college to help pay your way. Fear not, for I have an answer for you. As a general rule,...

We're a team of college students and graduates who are passionate about careers. Work Prep is the ultimate resource for learning everything about education and careers.